Making every drop of water count at Central Valley refuge 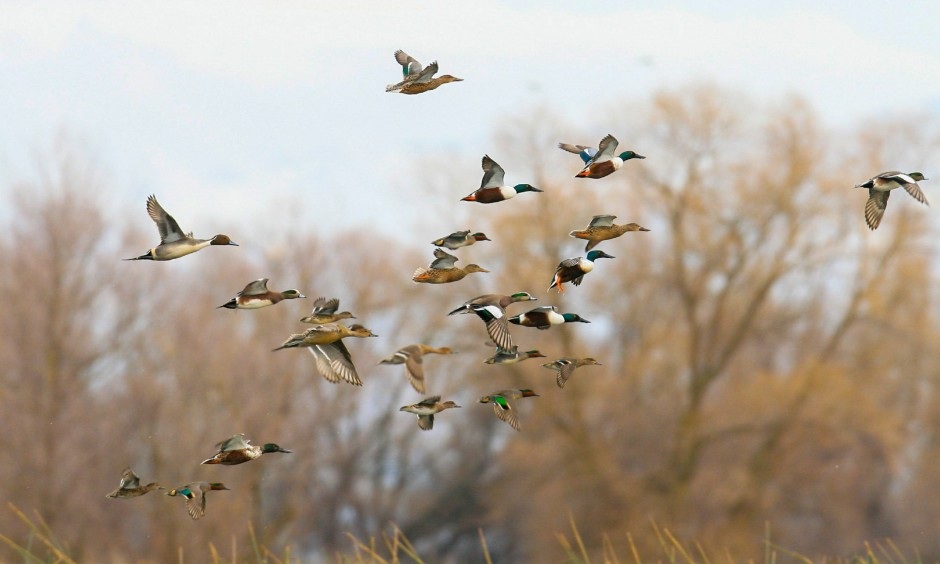 Until the mid-1800’s California’s Central Valley was a vast network of wetlands, rivers, and streams, all eventually feeding into the Pacific Ocean. The San Joaquin River ran through the southern third of the Central Valley and created an expansive floodplain, including in the area now known as the San Luis National Wildlife Refuge. The fertile land and mosaic of habitats offered refuge and forage to herds of tule elk and flocks of migrating birds.

Eventually, dams and flood control levees were installed along the river, severing its connection to this historic floodplain in the central California. Over 90% of the wetlands in the Central Valley have been converted to other land uses and much of the San Joaquin River is now diverted for agriculture and drinking water.

Today the San Luis National Wildlife Refuge provides some of the last remaining wetland habitat for migrating birds in the San Joaquin River Basin. It is one of several national wildlife refuges scattered throughout the Central Valley where migratory birds can still stop and refuel as they journey along the Pacific Flyway and is the ultimate wintering destination for hundreds of thousands of waterfowl. The natural water connectivity between the refuge and the San Joaquin River no longer exists, so water delivered through the Central Valley Project from several local irrigation districts is critical to sustaining migratory birds and other wildlife in the region. With frequent drought conditions expected to continue with climate change , efficient delivery of this water is paramount.

“Every drop of water counts,” Deputy Refuge Manager Sean Brophy said. “Our refuge staff manage every single drop we receive through a complicated network of ditches and water control structures to ensure that it ends up being habitat for wildlife and migratory birds.” If the water infrastructure is outdated or failing, water is lost as it travels through the refuge and less water reaches the wetlands.

According to Brophy, until recently, water diverted to the refuge was routed through a 30-year-old water infrastructure system. Thirty years also happens to be the approximate lifespan for this kind of infrastructure, which then requires replacement and maintenance.

In 2021, the refuge proposed to update its water and recreation infrastructure with support from the Great American Outdoors Act and successfully secured funding. To accomplish the work, the U.S. Fish and Wildlife Service’s Pacific Southwest Region hired a “Great American Outdoors Act strike team” to implement projects at San Luis this year, and at Sacramento National Wildlife Refuge Complex in 2023.

“"This Great American Outdoor Act project is incredibly timely and valuable,” said Polly Wheeler, assistant regional director for the Service’s refuge program in the Pacific Southwest Region. “Not only are we training a new cohort of wage grade employees, but we are also making our water delivery systems as efficient and effective as they can be. This will pay dividends, not just for the historic drought we are in, but in the likely event of increased drought in the future due to climate change.”

Over the last 10 months, the crew of four employees has accomplished six projects to improve water efficiency and replace outdated infrastructure with materials sourced from local companies. This work has reduced the region’s deferred maintenance backlog of $2.8 million while spending less than $450,000, along with supporting multiple local small business providing the construction materials.

The work of the strike team is best summarized in the words of maintenance worker - Macy Walsh. “When I was first hired on the refuge to work on this project, I received so much training on how to use heavy equipment - to move materials around and replace water control structures,” she said.  I also got certified to use the excavator to clean out ditches. I’m learning so many new skills. I think what’s made our team so strong is the focus on teamwork, communication and safety. I’m grateful for my job."

Water infrastructure makes recreational opportunities like birdwatching and hunting on the refuge possible. Upgrading water infrastructure includes cleaning, re-grading and re-sloping ditches, removing excess sediment build up in canals, replacing dilapidated concrete water structures and piping, placing gravel and rip rap around the structures to hold them securely in place. All of this is critical to moving water across the refuge to create wetlands in the Central Valley that no longer occur naturally.

“Without funding from the Great American Outdoors Act, we wouldn’t have the resources to update our water or recreation infrastructure. And without our strike team crew, we wouldn’t have the capacity to complete these projects on-the-ground. Everything came together at the right time to allow us to accomplish this important and needed deferred maintenance,” Brophy said.

Brophy is thrilled to have the regional strike team at the refuge and emphasized investing in cross-training the employees to benefit other facets of land management and conservation, “In addition to doing this critical work to help maintain our wetlands, the crew has been certified to use heavy equipment and received collateral firefighting training, should the Service need support in other ways,” he said. “It’s a great training opportunity for the crew members and gives us some flexibility in responding to different situations.” 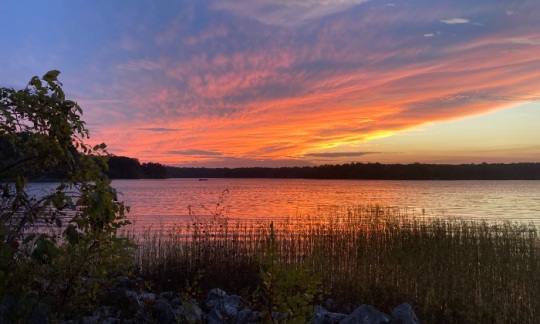 Department of the Interior Celebrates Recovery of the Snail Darter