Recognizing the best of Interior

At the 74th Annual Honor Awards Convocation, Secretary Bernhardt recognized Department employees who went above and beyond the call of duty. Across the country, over 70,000 Interior employees serve the American public with passion, intelligence and skill. Making life-or-death decisions in a split second or dedicating years to solve serious issues facing public lands and people, the men and women of Interior raise the standard of what it means to be a public servant.

Some of this year’s awardees took great personal risks, overcame life-threatening circumstances and took action to save lives. Others used creativity and calculation to make Interior’s operation more effective and efficient. Some awardees were honored for decades of service, offering support to multiple Secretaries and helping fulfill Interior’s complicated mission.

Their accomplishments are truly remarkable and inspiring. They represent the best of the Department and the nation.

Valor Awards are presented to Interior employees who have demonstrated unusual courage involving a high degree of personal risk in the face of danger. The act of heroism is not required to be related to official duties or to have occurred at the official duty station.

Safety and Health Award of Excellence and Aviation Safety Awards recognize individuals or groups that have performed an outstanding service for or made a contribution of unusual value to the occupational safety and health of employees, visitors, and volunteers; and aircraft accident prevention.

In their mission to serve and protect, law enforcement officers have to make quick decisions under incredible pressure. On May 27, 2018, Rangers Karl Hilderbrand and Bryce Stewart were patrolling Bureau of Land Management public lands in Grand Junction, Colorado, when they approached a parked van to conduct a welfare check of the occupants. As they neared the van, the two rangers observed a single subject sitting in the driver's seat, and as they addressed him, they observed a large caliber revolver sitting on the vehicle's dashboard inches from his hands. When Ranger Hilderbrand asked the individual to secure the firearm, the subject quickly grabbed the weapon, pointed it at Ranger Stewart and fired, striking him in the chest. Fortunately, the bullet was caught in his ballistic vest, and he only experienced severe bruising from the impact. Hilderbrand and Stewart drew their firearms and returned fire, mortally wounding the suspect. As the gunfire ended, both rangers calmly and professionally communicated with their radio dispatch, remaining focused and ensuring the subject was no longer a threat as backup units arrived. For their courage and professionalism, Rangers Karl Hilderbrand and Bryce Stewart were presented with Valor Awards.

Yosemite National Park in California is famous for its natural beauty. Millions of visitors explore this amazing place every year, and unfortunately, some find themselves in dangerous situations. On February 24, 2019, National Park Service staff received a report of a hiker who was seriously injured by falling ice and rock in an area that had been closed during the wintertime due to severe hazards. National Park Service Ranger Thomas M. Healy and Ranger Jack J. Hoeflich were dispatched on a search and rescue assignment. Responding promptly, rangers Healy and Hoeflich entered the closed area, locating the injured hiker and four other hikers who were trapped by falling ice and rock. Ranger Healy determined that the injured hiker was deceased and then turned his attention to the survivors. He guided them behind a large boulder for protection from falling debris. Upon accessing the group, Ranger Hoeflich and Ranger Healy determined that leading the survivors out was too risky and a helicopter rescue was necessary. While waiting for the helicopter, Rangers Hoeflich and Ranger Healy comforted the traumatized survivors and protected them from ongoing hazards at the scene. The survivors were evacuated via helicopter, and the deceased hiker’s body was hoisted out. With darkness approaching, Ranger Hoeflich and Ranger Healy were the last to leave the scene. As they were hoisted into the air, a large avalanche occurred, directly threatening both rescuers and the helicopter itself. It was a close call, but thankfully, the rescue team emerged unscathed.

In emergency situations, every second counts. On May 21, 2018, Selawik National Wildlife Refuge employee Frank Berry, Jr., acted quickly and at great personal risk to save a person from drowning. Mr. Berry, a maintenance mechanic and one of only two U.S. Fish and Wildlife Service employees working in the remote Alaskan village of Selawik, was checking on a refuge boat tied up along an ice-choked river. From the shoreline, Mr. Berry saw a semi-conscious person in the river, stranded on a floating piece of ice. Acting quickly, and with the aid of a bystander, Mr. Berry drove the boat to rescue the person from the near-freezing water. The two rescuers were able to get the victim into the boat, back to land, and to the local clinic for medical treatment.

On the night of August 2, 2018, at a remote location along the U.S.- Mexico border in South Texas, Federal Wildlife Officers Chad H. Coles and Angel L. Toro assisted the U.S. Border Patrol with the rescue and apprehension of subjects who illegally entered the country. The subjects desperately attempted to elude capture by entering a nearby concrete irrigation canal, filled with water and debris. After two of the three subjects were quickly apprehended, Border Patrol agents and officers Coles and Toro continued searching for the third subject. One hour later, the third subject was found unresponsive and clinging to a branch in the canal. Officer Coles realized the subject required immediate assistance, donning the only life jacket and entering the water. Officer Toro entered the water at the edge of the canal, without a lifejacket, clinging to small trees and thick brush, at times having to force the vegetation down into the water to create a path that allowed him to guide Officer Coles to the subject. The team was able to pull the subject from the water to safety. Without the swift action of officers Coles and Toro, the rescue would not have been successful.

On January 29, 2017, Federal Wildlife Officer Patrick M. James responded to a call that a gate at Arthur R. Marshall Loxahatchee National Wildlife Refuge had been rammed and knocked down. Passing through the broken gate on a road closed to the public, Officer James followed the muddy vehicle tracks into the Everglades. Alone and in heavy rain, he searched for miles. On a hunch, he turned south on a rarely used and overgrown track and finally spotted a van. The vehicle had gone down an embankment, was partially submerged in the canal and in danger of slipping deeper into the canal. Watching out for alligators, Officer James cautiously approached the rear of the vehicle and heard a voice coming from inside the van. Without hesitation, he entered the cold water and found a 70-year old man sitting in the driver’s seat with water up to his waist. After some intense effort, Officer James opened the door and pulled the man out of the vehicle, up the bank of the levee, and into his patrol vehicle. After giving the man first aid, Officer James transported him for additional medical treatment.

Congratulations and thank you to all of this year's awardees. Please read the event program for the complete list of awardees and details of their accomplishment. 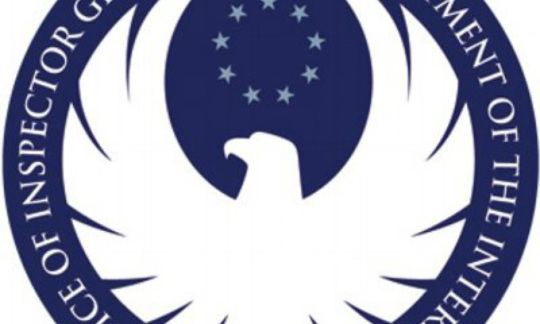