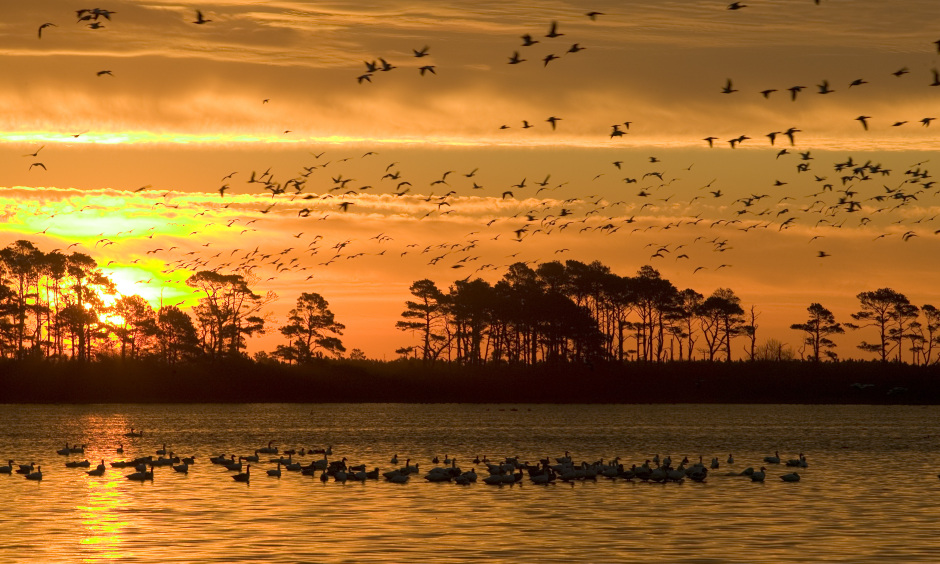 WASHINGTON – U.S. Deputy Secretary of the Interior David Bernhardt announced more than $52 million in funding to Native American tribes and state wildlife agencies through the Tribal Wildlife Grant (TWG) program and the State Wildlife Grants (SWG) program. The funds, which are provided by the U.S. Fish and Wildlife Service, give support for a diverse array of species and habitats across the country.

Under the SWG program, more than $48 million will support species and habitats listed in approved state wildlife action plans. All 50 state and U.S. territorial wildlife agencies have these plans, which proactively protect species in greatest conservation need. Projects funded through SWG involve research, monitoring, wildlife surveys, species and habitat management and other activities.

More than $4 million in TWG funds to Native American and Alaska Native tribes in 14 states will support fish and wildlife conservation and key partnerships. The awards will benefit 25 projects that encompass a wide range of wildlife and habitats, including species of Native American cultural or traditional importance and species that are not hunted or fished.

“The Trump Administration is working hard with states and local communities to find solutions that are driven at the local level, rather than in Washington, D.C. As a hunter, I know the​ work of state wildlife agencies is absolutely critical to wildlife conservation in the United States,” said Deputy Secretary Bernhardt. “We're thrilled to be able to collaborate with them, their local communities, and other partners to ensure important fish, wildlife, habitat and cultural needs are met. Tribal and state wildlife grants are foundational to protecting our nation’s wildlife legacy, including game and non-game species.”

Examples of state projects funded with SWG grants include:

North Dakota -- Last year, the North Dakota Game and Fish Department completed a project with SWG funding that restored more than 200 acres of grassland habitat within a priority waterfowl production area. The project included seeding of a diverse mix of native grasses on existing croplands for a variety of tall-grass prairie bird species and other birds valued for public recreation. In addition to habitat creation, the state agency also used SWG funds with matching state dollars for monitoring vegetation species composition and structure and for conducting breeding bird surveys.

Georgia -- SWG awards have funded the Georgia Department of Natural Resources’ efforts to conserve the sicklefin redhorse sucker, which was listed by the Service as a candidate species for Endangered Species Act protection in 2005. As a result of voluntary conservation efforts carried out by Georgia and North Carolina state agencies and partners—funded in large part through SWG along with other state monies—the Service determined in 2016 that listing the sicklefin redhorse sucker as an endangered or threatened species is not warranted.

Wyoming -- The Wyoming Game and Fish Department used SWG funds to assess the influence of cheat grass, an invasive plant, on small mammals and other species of greatest conservation need. The study, conducted in partnership with researchers at the University of Wyoming, found it is likely the increased risk small mammals perceive in cheat grass habitats reflects actual risk, with negative consequences for these species. This information helps biologists and land managers understand and address the effects of habitat alteration associated with cheat grass on sensitive species.

SWG funds are administered by the Service’s Wildlife and Sport Fish Restoration (WSFR) program and are allocated to states and territories according to a congressionally mandated formula based on population and geographic area. Grant funds must be used to address conservation needs, such as research, wildlife surveys, species and habitat management, and monitoring identified within state wildlife action plans. The funds may also be used to update, revise or modify a state’s plan. Click here for the complete list of 2017 SWG apportionments. Learn more about SWG program accomplishments here.

The wide variation in the types of projects funded with TWG dollars is highlighted by this year’s awards: In Oklahoma, the Tonkawa Tribe of Oklahoma will receive $155,000 to support a bat conservation project, while in New Mexico, the Pueblo of Tesuque will receive nearly $200,000 for its Mule Deer Management and Habitat Enhancement Program. In Washington, the Puyallup Tribe of Indians will receive nearly $200,000 for habitat enhancement and population monitoring of the South Rainier elk herd. In North Carolina, the Eastern Band of Cherokee Indians will receive $200,000 to support implementation of their wildlife action plan. In Maine, the Penobscot Indian Nation will receive $200,000 to support Atlantic salmon and other fisheries management on tribal trust lands. A complete list of the 2017 Tribal Wildlife Grant awards can be found here.

TWG funds are provided exclusively to fund wildlife conservation by federally recognized Native American tribal governments, and are made possible under the Related Agencies Appropriations Act of 2002 through the State and Tribal Wildlife Grants Program. Proposals for the 2018 grant cycle are due Sept. 1, 2017.