With fluffy feathers, large eyes and dramatic facial expressions, these birds of prey have long been fan favorites. There are 150 species of owls worldwide and 19 that call North America home, providing plenty of opportunities to spot these birds on public lands or in your backyard.

While they may look adorable, owls are fierce hunters. These well-adapted predators are silent hunters with excellent eyesight and hearing, allowing them to soar through the night sky in search of prey. Some scientists estimate that a single owl can eat 2,000 rodents a year.

These majestic birds are often associated with wisdom in pop culture, and we figured the wisest way to celebrate International Owl Awareness Day was by sharing awesome facts about some of our nation’s owls. Plus, the photos are a real hoot!

One of the smallest owls in North America, the burrowing owl get its name from the fact that it nests in burrows. While they can dig their own burrows, they often use burrows that have been created by small mammals such as ground squirrels, prairie dogs, and desert tortoises and even adopt pipes or culverts. When burrowing owls feel threatened (like the ones pictured here from Bear River Migratory Bird Refuge in Utah), they hiss to defend themselves. Photo by Katie McVey, U.S. Fish and Wildlife Service. 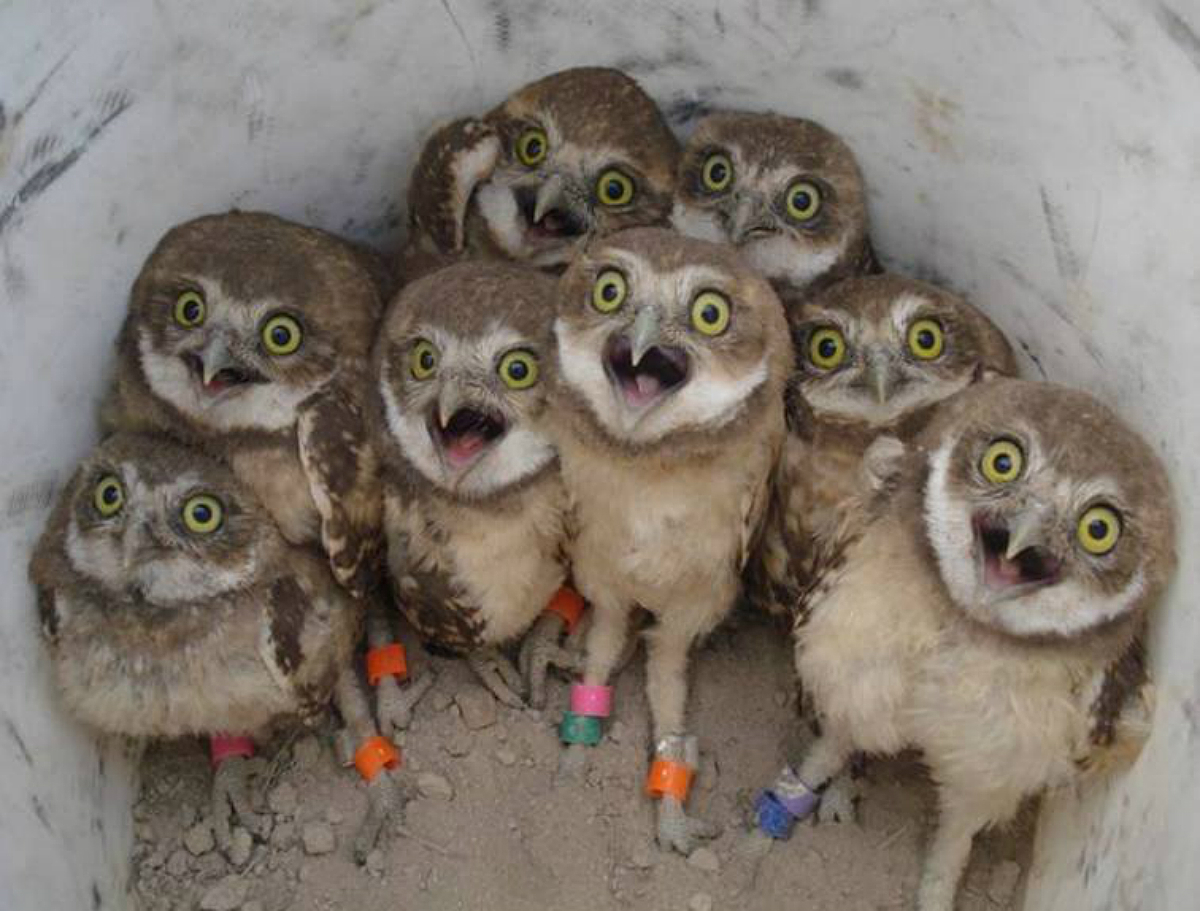 I’ve got my eyes on you. One of the most widespread owl species, the great-horned owl can be seen all over the country. This large owl has a wingspan that can reach 3-5 feet and it’s known for its tufted ears, which are used to camouflage the bird. Sometimes referred to as a "cat owl" or "hoot owl", the great horned owl have many different calls. It barks, rattles, growls, shrieks, whoops and hoots. Photo of a female great horned owl on her nest by Dennis Demcheck, U.S. Geological Survey. 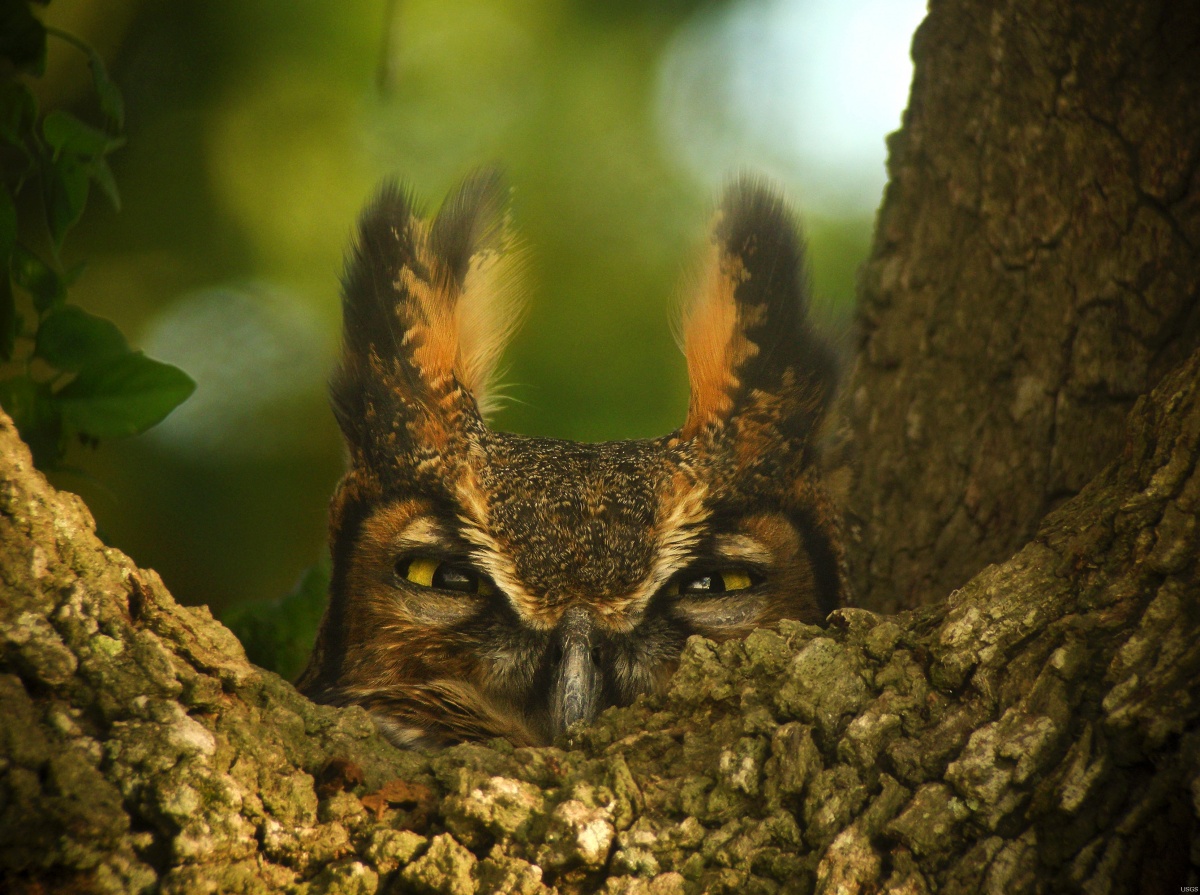 I spy … The eastern screech owl is a master of disguise. You better have a sharp eye to spot these little birds of prey, which generally nest in tree cavities. The eastern screech owl looks like a miniature great horned owl and has a wingspan of 1.5-2 feet. Its call is a long quivering whistle. This photo was taken at Georgia’s Okefenokee National Wildlife Refuge, which serves as a breeding ground for migratory birds and other animals. Photo by Graham McGeorge (www.sharetheexperience.org). 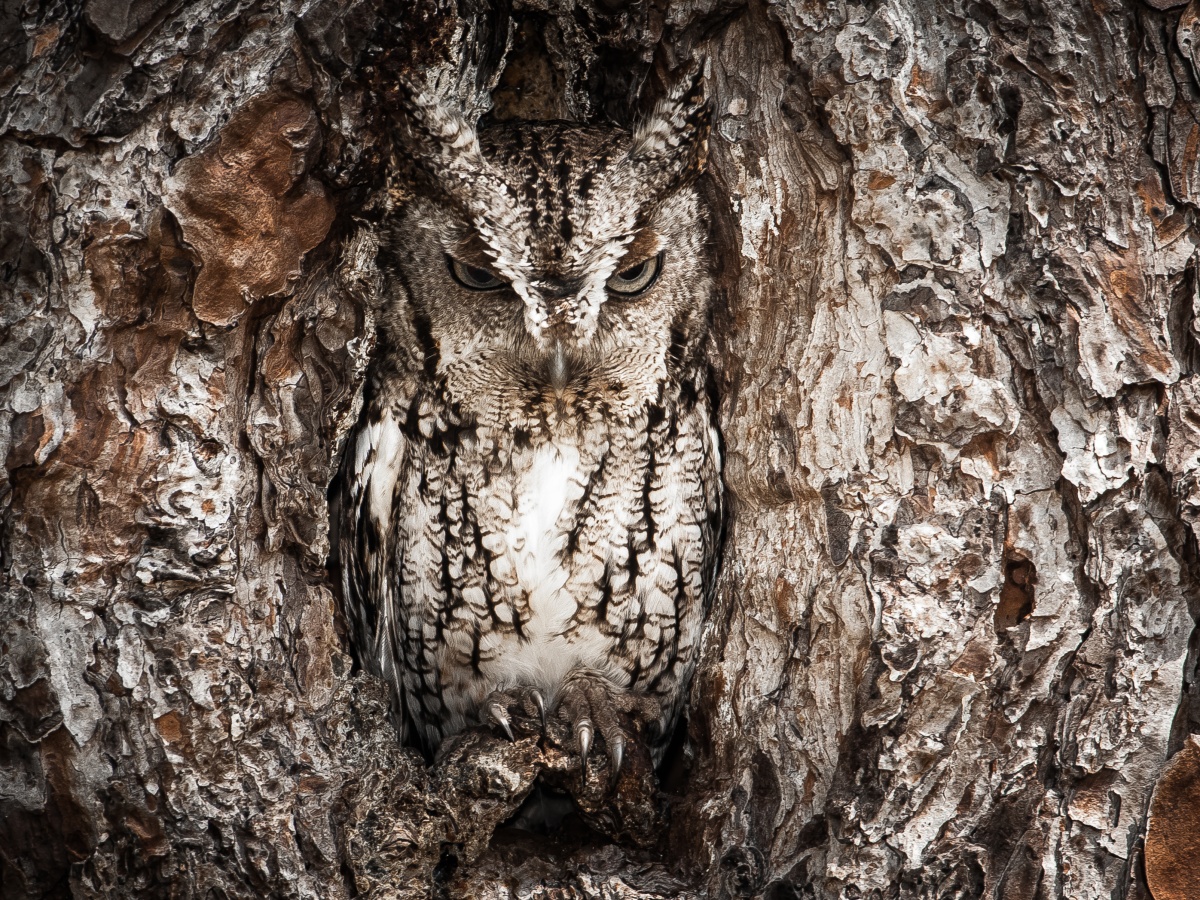 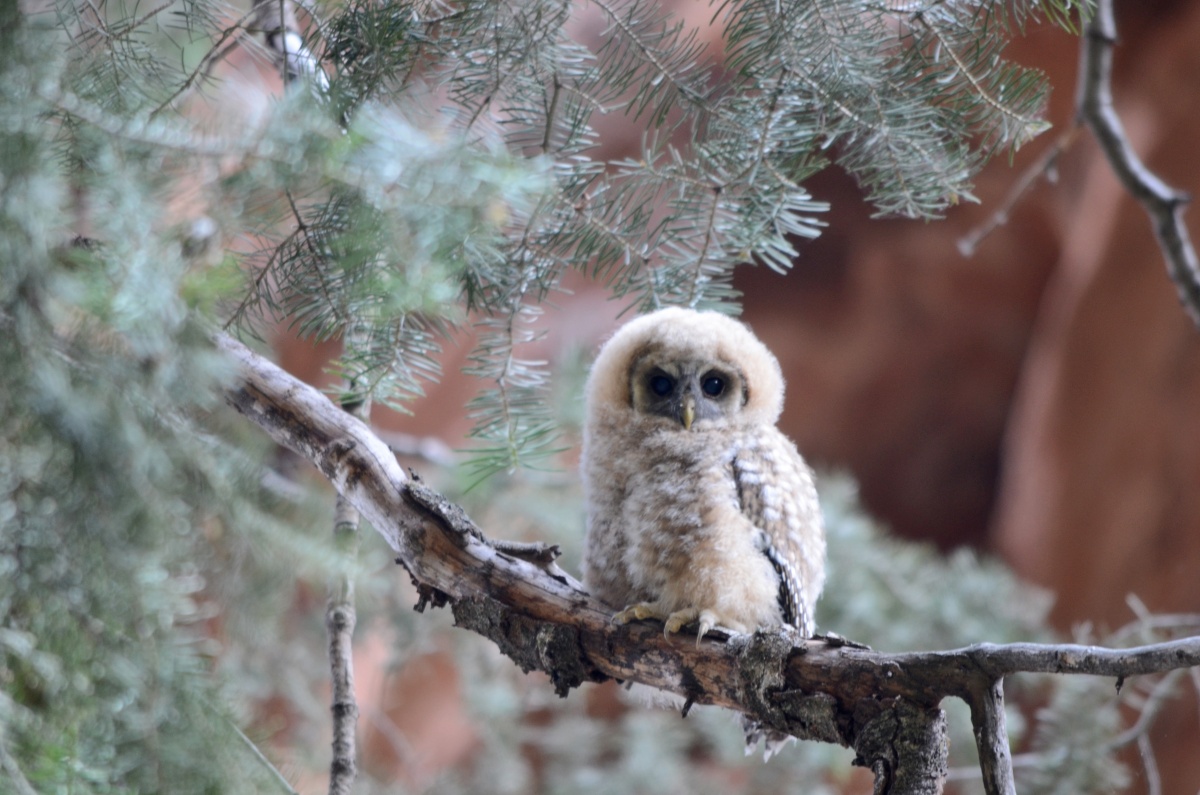 The boreal owl gets its name from its residence in the boreal forest, encompassing parts of  the Pacific Northwest, Alaska and Canada. The owl’s white eyebrows and black upper facial corners give the impression that the owl is constantly surprised. However, its highly developed facial disk actually aids in directing sounds to the owl’s large ears to help locate prey. Pictured here is a boreal owl at Denali National Park and Preserve in Alaska. Photo by Tim Rains, National Park Service. 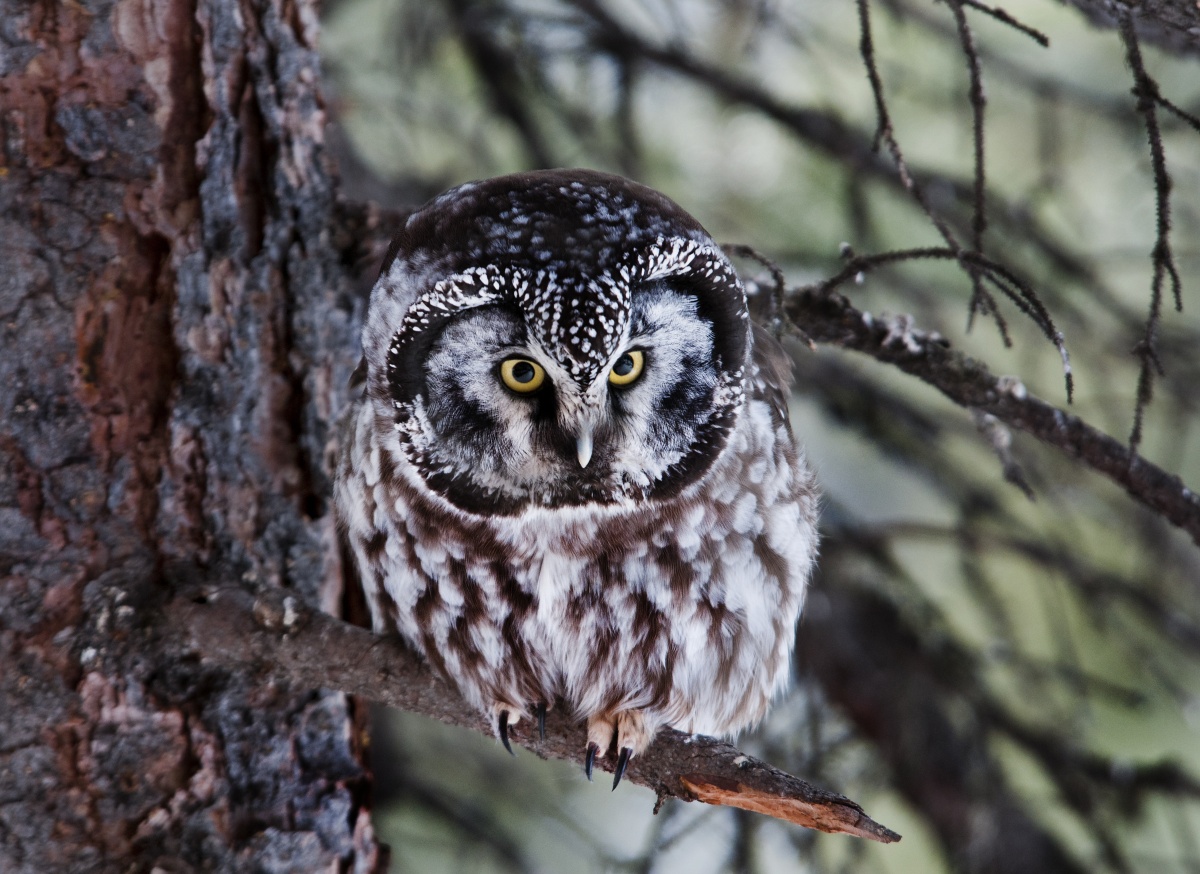 The snowy owl is the heaviest and most powerful of the North American owls. That’s because these birds live in the Arctic, which requires dense feathers and fur-covered feet to provide insulation from frigid temperatures. The male snowy owl distinguish itself with all-white fur, while the female has a spotted white coat. In recent years, this bird has taken to migrating south to winter in regions of the Great Lakes and Midwest plains. The snowy owl thrives in open grasslands, nests on the ground and hunts mainly during the day -- so be sure to keep your eyes on the ground when trying to spot this owl. This snowy owl was photographed at South Dakota’s Sand Lake National Wildlife Refuge a few years ago by Tom Koerner, U.S. Fish and Wildlife Service. 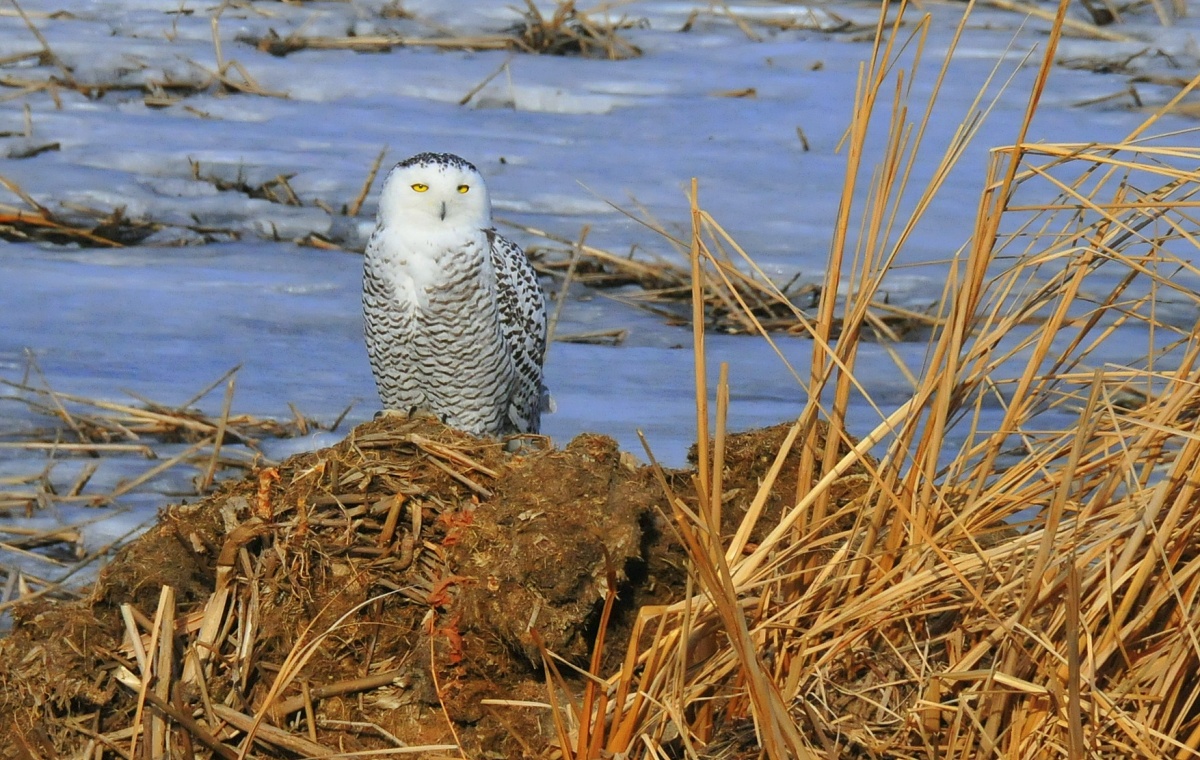 The Northern saw-whet owl has the unique defense mechanism: it elongates its body to look like a branch, hiding it from predators. The smallest of the eastern owls, the northern saw-whet stands only 7 inches. Northern saw-whet owls hunt exclusively at night and feed on insects, mice, or even small squirrels. Male owls often offer their catch to a female during breeding period, a true act of owl chivalry. Photo by Bri Rudinsky, U.S. Fish and Wildlife Service. 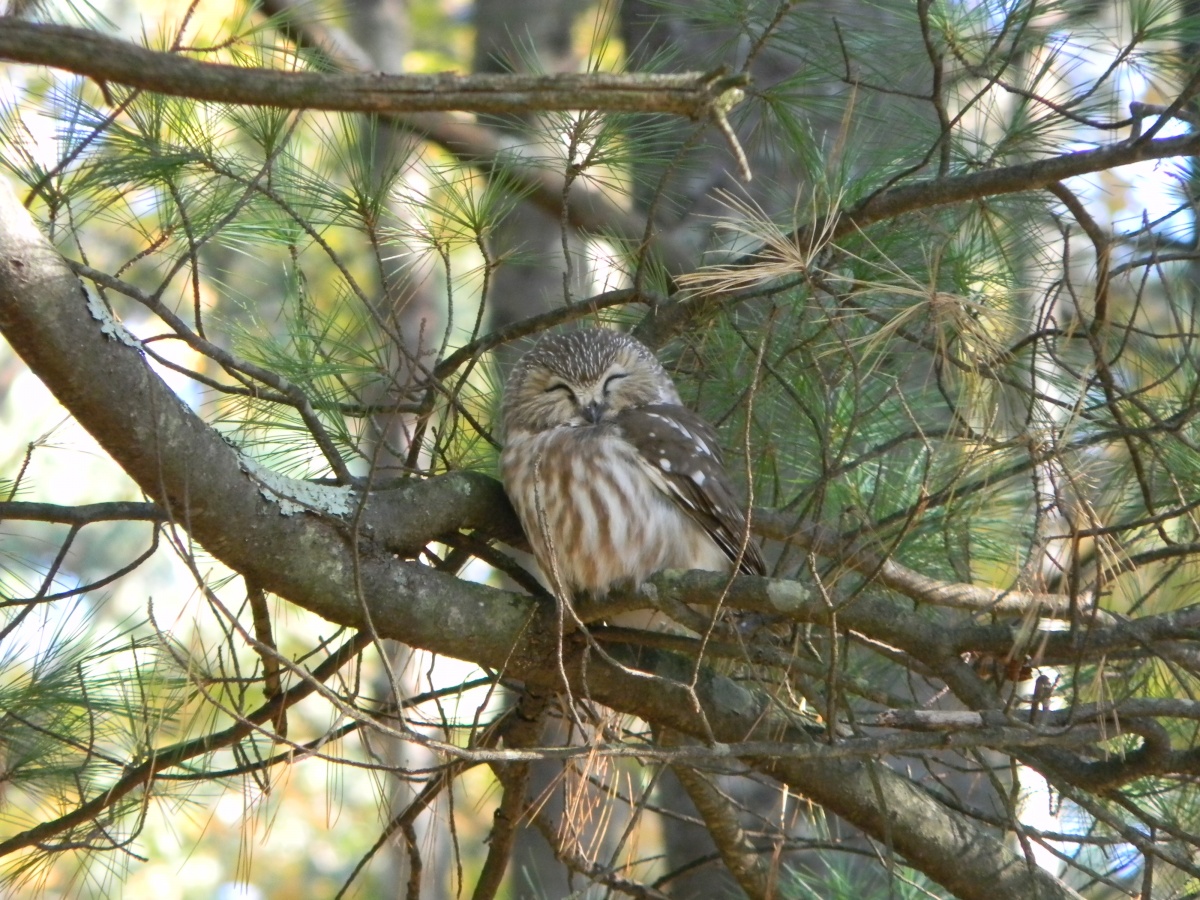 Ever worry about owls haunting your neighborhood? You might not be so concerned after hearing about the work of barn owls. Known for its eerie screeches instead of whoos, the barn owl also boasts some expert hunting skills. Barn owls especially enjoy mice and pesky rodents; a single owl known to consume more than 1,000 rodents in a year. This owl is one of the easiest to recognize with its distinct heart-shaped face. Fun fact: the unique shape of the barn owl’s face helps funnel sound to its ears, which are located beneath its head feathers. Photo of a barn owl at Bear River Migratory Bird Refuge in Utah by Brian Ferguson, U.S. Fish and Wildlife Service. 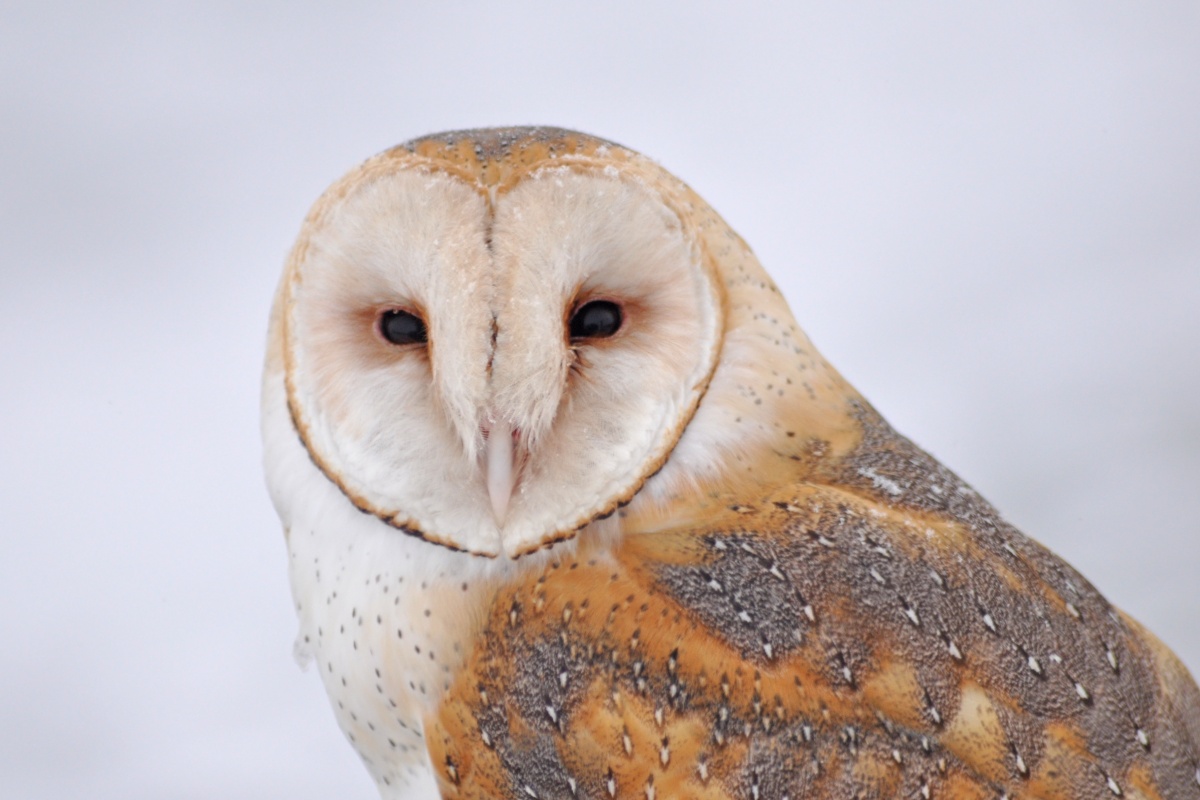 One of the least studied birds in North America, the northern hawk owl remains an enigma to many. It nests in remote areas of Alaska, Canada and Newfoundland. Unlike most of its relatives, the northern hawk owl is only active during the day, using its keen sight to find small rodents up to half a mile away. This owl can also can be seen targeting its prey with a “pounce-like posture, and during winter, it has the ability to find prey under a foot of snow. With similarities like these to a hawk, it’s no surprise how the northern hawk owl earned its name. Photo of a northern hawk owl at Kodiak National Wildlife Refuge by Lisa Hupp, U.S. Fish and Wildlife Service. 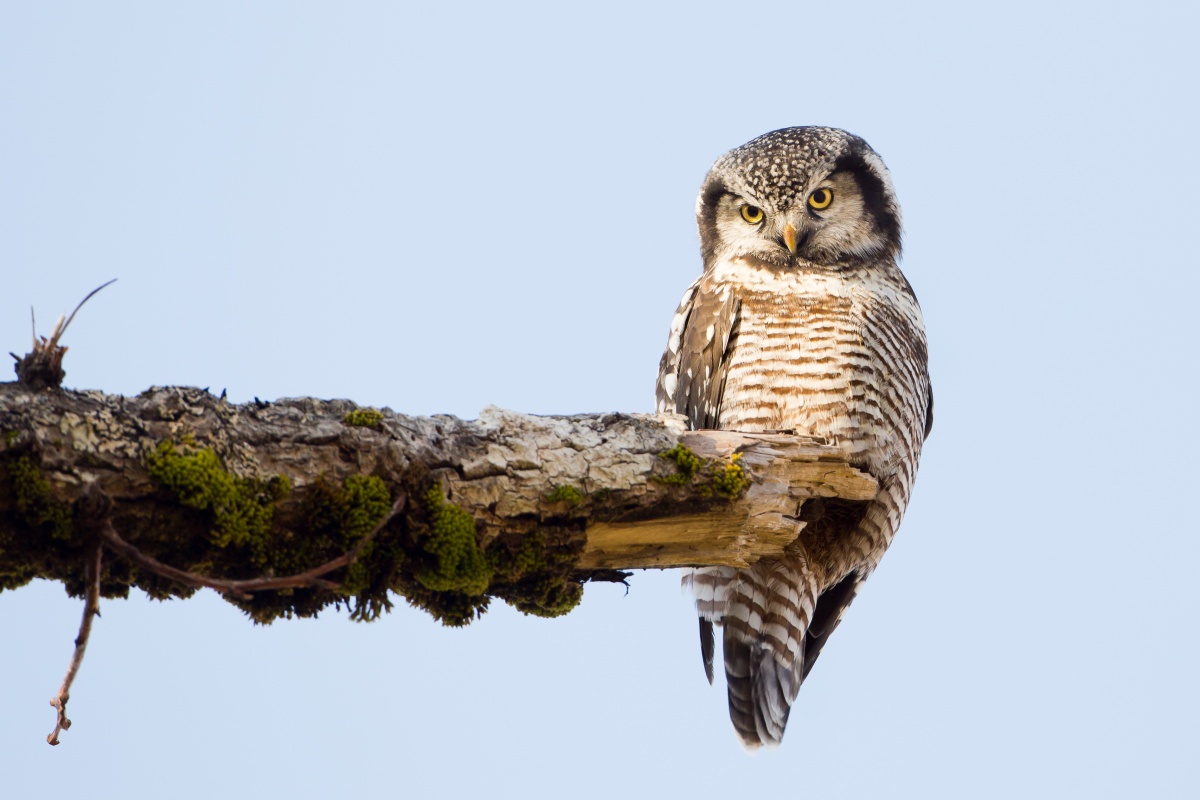 The large ears of the long-eared owl don’t make it self-conscious; instead they aid the bird in detecting and tracking prey. Long-eared owls are nocturnal owls that often sit patiently and wait for their prey to make a sound. Often associated with the short-eared owl, this pair has many other distinguishing factors besides their obvious ear length. Short-eared owls often nest on the ground in shallow depressions or burrows while long-eared owls prefer the nesting heights of tree limbs or trunks. 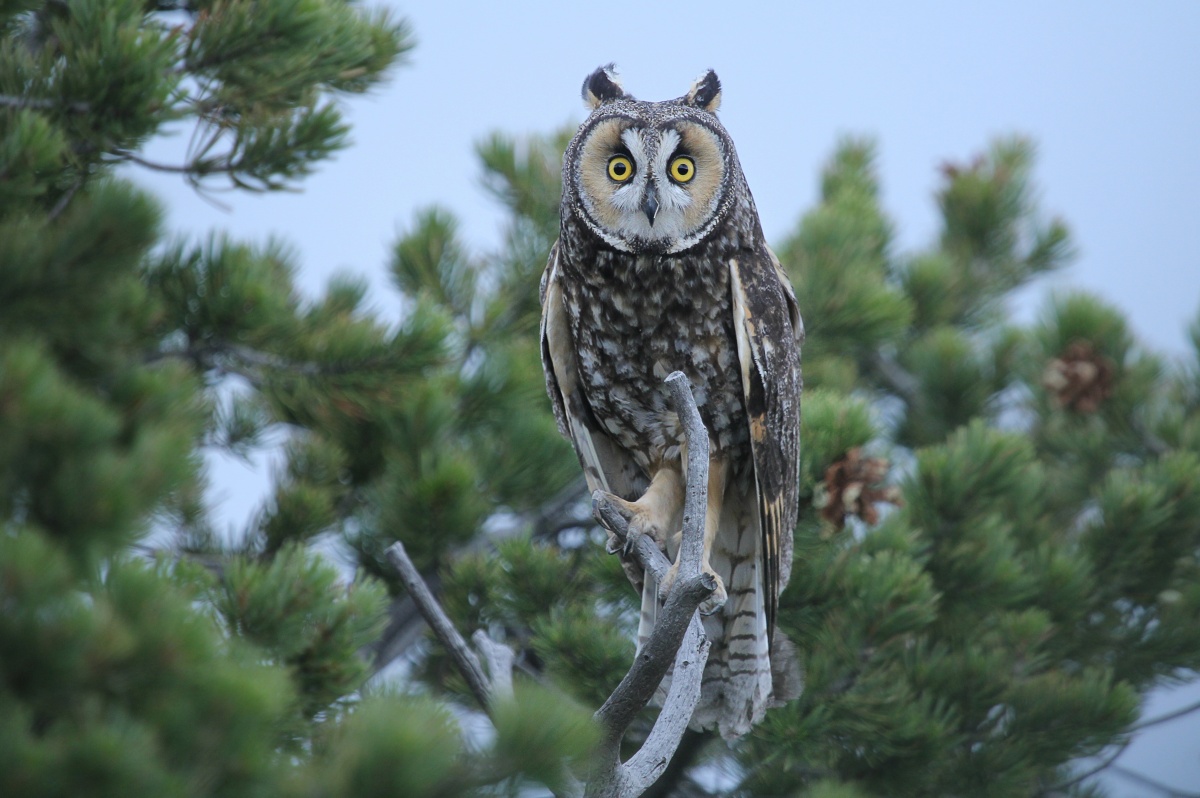 Want to hear the trilling call of an owl and catch a glimpse of it in action? Check out these tips for viewing owls.